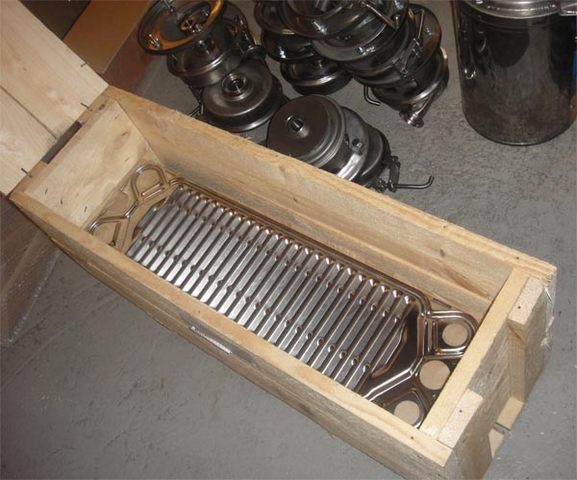 Types of plates and their fields of application

Special edging relief of the plates provides the necessary rigidity of the plate package, and stable fixation of the seals in the provision of pressure on them during the operation of heat exchangers (5).

Most of the sizes of all the series of heat exchanger plates used in the manufacture of heat exchangers are of four different profiles: H, L, G, K. Corrugation on the profiles differs by groove width and angle of the chevron. The plates haveasymmetrical relief structure, due to which, unlike conventional symmetric reliefs, the number of possible combinations of heat exchange channels different heat transfer and hydraulic characteristics significantly increases.

The basis of heat exchangers of the TEPLOTEKS production is  standard series of plates of  the famous Danish company APV with a different profile of the working surface and an area of 0,018 m2 to 4.75 m2.

The channels formed by the plates APV, have a slightly larger cross section than those of  the other companies. Therefore, when using hot water supplies they are contaminated more slowly with poorly prepared  tap water.

Line for bottling water Nesto complete with blowing, Bulgaria production capacity of up to 3000 bottles/hour (p001)